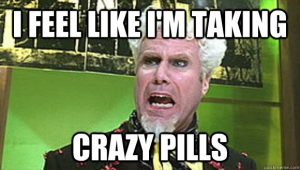 Jack Hunter on Secession and the Liberal Mind

History doesn’t repeat itself but it often rhymes.” – Mark Twain Financially speaking, we are being told that things in the USA are good. Really good! Turn on CNBC or any news channel and the stock market is surging; the economy is “bouncing back.” The Fed is raising rates because future economic outlook “is bright.” […]

The Tale of Two Brothers

There once lived two brothers named Dante and Peter. They were orphaned fairly young where they lived, just outside a small remote village far, far away. Dante was the younger brother and had bright eyes; Peter, the elder, had a timid spirit but a warm heart. They were the best of friends and kindred spirits. […]