Some people (I won’t name any party names) claim to want fiscial responsibility, yet they won’t hear of spending cuts. The talking heads cry and publicly throw their fits saying they want fiscal responsibility, now! Then when presented with an opportunity for sequestration they decry cutting spending for their precious war machine. You are either fiscally responsible or you are not!!! Both parties have proven the only interest they have is to steal our money then have a pissing contest to see who wins and gets to spend it where! 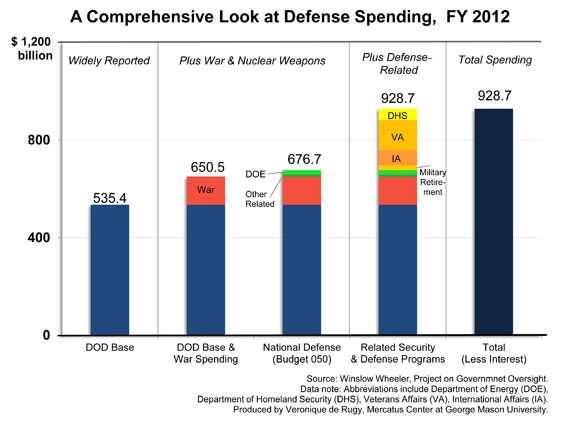 “If the military can’t absorb a $55 billion hit, it’s not worth what we’ve been spending on it.” – Read this article for a depiction of what we spend on national “d”efense” – Can the U.S. Defend Itself if Sequestration Cuts Really Happen? – Reason.com

So when you add up all the various parts of the budget that go toward defense, security, and related issues, you’re much closer to the $1 trillion mark than the half-trillion number that gets bandied about in sequestration discussions.

…If it’s tricky to figure out the total amount of money spent on defense, it’s still pretty damn clear that the United States can withstand planned sequestration cuts without leaving the nation open to attacks by Islamic death cultists, Chinese nationals, a resurgent Russia, or what-have-you. 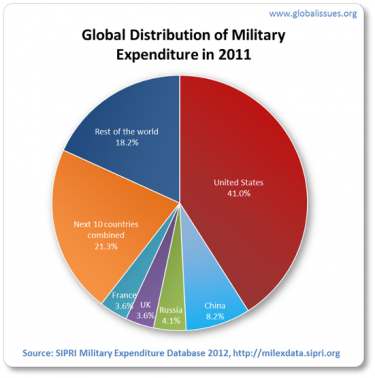 Graham never seems to be in a situation where he has to respond to the most obvious question for him and other folks who think that the Great God Defense Spending should never be cut, even after a decade-plus of growth. Inflation-adjusted military spending jacked up no less than 71 percent between 2001 and 2010 alone. If the country can’t cut it by 9 percent now, with two major wars ending, then we have given up all possibility of ever changing the trajectory of our spending patterns.