The Obama administration has decided to close the office and eliminate the special envoy devoted to closing the prison at Guantánamo Bay, Cuba.

The State Department on Monday reassigned Daniel Fried, the special envoy and will not replace him, according to an internal personnel announcement. 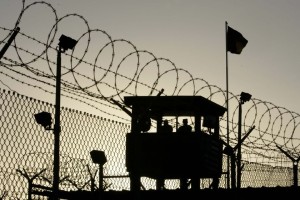 “The announcement that no senior official in President Obama’s second term will succeed Mr. Fried in working primarily on diplomatic issues aimed at repatriating or resettling detainees,” reported the New York Times, “appeared to signal that the administration does not currently see the closing of the Guantánamo Bay prison as a realistic priority, despite repeated statements that it still intends to do so.”

In truth, Obama abandoned the effort to close Guantanamo very early in his administration. In May 2009, Obama “scuppered a plan,” writes Andy Worthington, “to bring a handful of innocent and wrongly detained prisoners to the United States who could not be safely repatriated.”

“In January 2010,” Worthington adds, “he imposed a ban on releasing any cleared Yemeni prisoners, after it was revealed that the failed underwear bomb plot of Christmas 2009 was hatched in Yemen, even though the deeply insulting rationale for the ban is that Yemenis, although cleared for release, can instead be imprisoned for life on the basis of ‘guilt by nationality.’”

“The failure to close Guantánamo also involved Congress, where lawmakers passed legislation imposing severe restrictions on the administration’s ability to release prisoners, and the courts — specifically the D.C. Circuit Court and the Supreme Court,” according to Worthington.

President Obama has fundamentally signed on to the belief that individuals can be held without charge or trial. His acceptance of Guantanamo and his approval of indefinite detention provisions in US law are proof of that.

When Obama perceives there might be some controversy in holding people forever without due process, he simply bombs them with a drone instead.

Does systemic racism, inequity, and rampant prejudice exist in America?

Systemic racism, inequity, and rampant prejudice exist in America? Yes, absolutely! But it’s not caused by the reasons you may think. Want to actually fix the problem vs white-washing the symptoms? Here’s how: 1) Abolish All Racist Drug Laws 20+ million black Americans have been arrested for non-violent drug-related crimes. Whether or not they were […]