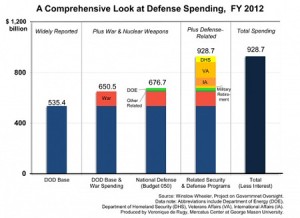 I would here like to counter the “witch-hunt” narrative and attempt to present, in a more orderly and comprehensive fashion than ad hoc conversation would allow, the facts which should provide the basis for any conversation on this topic. I submit the following timeline. In it, I have tried to compile a good amount of […]

Good news for monetary policy geeks, Assuming Republican leaders don’t pull any special rules change, Ron Paul looks to be on his way to heading the House Subcommittee for Domestic Monetary Policy and Technology.  Now hopefully we can get that audit of the FED. http://www.cnbc.com/id/40013227