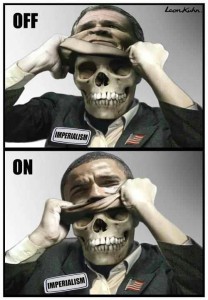 Fascist Governments need a public threat (real or imagined) in order to pull off their totalitarian policies.  Otherwise no one would tolerate it!  Fear is the tool used to make otherwise good people capitulate to mass hysteria and groupthink.  For the nazis it was the “Jew problem” – an imagined threat. No one saw a […]