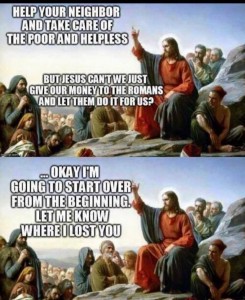 Our national, annual spend on one of the most loathed American-owned/operated sites is beyond the pale. Put aside the inhumanity for a second and brush aside the self-proclaimed, non-constitutional “right” for the US to detain prisoners without trial for an unlimited amount of time; put all that aside and you still have the sheer cost […]

The following article ends up by making an important point regarding the famous Ken Burns documentary on the Civil War: “Watching the film, you might easily forget that one side was not fighting for, but against the very things that Burns claims the war so gloriously achieved. Confederates, you might need reminding after seeing it, […]