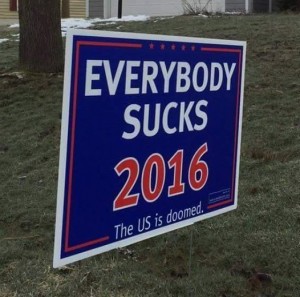 8 Reasons Why to Buy Gold

8 easy to understand reasons why every person in America (who has any sort of disposable income) should buy gold: The FED is an enemy that can’t be fought. So – ‘Don’t fight the Fed’. The fed is actively fighting tooth and nail to inflate the dollar every day. It’s been doing so since 2008 […]

Drowning in Debt: Neither Party Recognizes the Danger

“Under democracy one party always devotes its chief energies to trying to prove that the other party is unfit to rule — and both commonly succeed, and are right.” ~H.L. Mencken