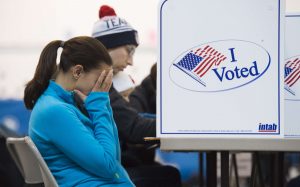 3 Best Ways to Short the Market

Here are the three best ways to short the market… Keeping Your Options Open Now, what do we talk about when we talk about short-selling? In its simplest form, shorting means borrowing shares from your broker, selling them immediately, and them buying them back (closing) at a cheaper price. You keep the difference. This process […]